I signed the book deal for it less than 5 months ago (July 8th). Rhemalda knew aiming for a November release date was a bit on the insane side. They warned me that it would be A LOT of work in a VERY small window of time. They warned me there could be setbacks, mishaps, unexpected delays, and who knows what else. From day one they asked if I thought I could handle it, and assured me it was okay if I couldn't. From contract signing to launch day in 140 days is unheard of in the publishing world.

At one point, during a gray and hazy period, a major player at Rhemalda said there just wasn't enough time. There was no way it could be done.

Another major player said, it could. And it would. 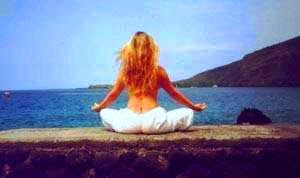 So, together, we did.

Six months ago, I had nothing but files full of agent rejection letters for two different projects. Today, my story is a real live book. (And a pretty one at at that.) Some readers have already held it, some have read it, some have posted reviews which touched me so deeply that I cried happy tears. It's very surreal.

Five months ago, if a future-telling fairy had told me that I would have a published book out in November of 2011, I would have laughed and told her she was insane. But what did I know? The universe works in mysterious and unexpected ways.

This wasn't the path I expected. I have been a blogger for years, but I always read about how writers had to have an agent first, and then go into submissions, and then if the story got picked up, it would be slotted a year or two (maybe even more) from the signing date.

No one ever told me that it could all go so very differently.

I never imagined I'd pull a shelved manuscript out of its drawer, submit it directly to a publisher, get an offer a few weeks later, and be asked if I could handle a mad and chaotic dash to publication within 140 days.

I didn't imagine it, because I didn't know or believe it was possible. But it is. It happened. Many days, I still pinch myself to make sure it really is happening. So far, I haven't woken up. I hope I never do.

I couldn't have done this alone. These past few months have been chaotic, but I've still managed to find many quiet moments when I sit alone, close my eyes, and reflect on every single person that contributed to making my dream possible--to making my dream turn out better than I ever could have imagined. I constantly say prayers of thanks for them, for this journey, for everything.

SO many people were involved in making Tangled Tides become a reality. It's like the universe provided me with the perfect dream team, and each person magically appeared at the exact time I needed them, able and willing to do the exact thing (or things) needed to link the next piece of the puzzle together. Together, we all managed to create a fantastic and complete picture.

One day soon, I'm going to do a post about all of them, and show you exactly what I mean. You will be astounded. Until then, I leave you with this: BELIEVE.

Wherever you are at this moment, is exactly where you are supposed to be. (Even if you're frustrated, worried, stressed, self-doubting, been rejected, feel like the low man on the totem pole, or whatever else. It's all okay. It's all happening for a reason.)

The universe will take care of the rest.
Posted by kah