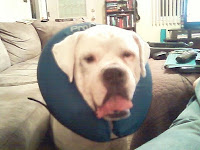 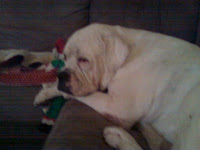 Going For A New Look

In case you didn't notice, my blog got a facelift. Pretty snazzy, huh?
See the new tabs up top separating my shenanigans into easy to read pages? I felt like the old layout was too busy and crowded, so voila! Welcome to my new look. Have a look around while I pour us some cocktails. I still have some things to move around and add, but I had to show it off because I love it so much.

Now, I have to give credit where credit is due. The awesome design was created by a good friend of mine, Ron Schirmacher. He's got wicked web designing skills, and he had the patience of a saint as I sent emails asking him to tweak, tuck, tear away, etc. Contact him if you want him to design you your very own. You can see his company site by clicking on his name, or email me and I'll hook you up with his contact info.