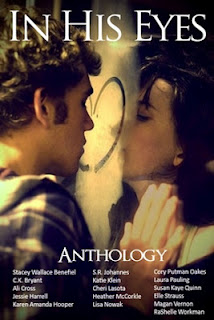 Friday, I might have had one of the best days ever.
It started out with an awesome phone call which I can't really give details about yet. (Hopefully soon. Keep your fingers crossed for me.) But then... 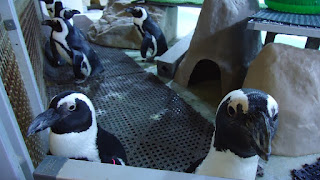 Yes, I actually got to hang out with penguins. They are so sweet, cute, and funny. I REALLY wanted to steal one and take him home with me. But then we learned that penguins poop like every 15-20 minutes and I decided to cancel my kidnapping plan. Still though, how freakin' cute is this guy? 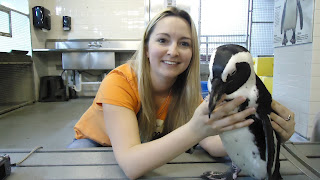 I put together a little video for your penguin viewing pleasure.
Posted by kah 15 comments:

Here's a Valentine's Day trivia question for you. What's more romantic than a sizzling love story?

NOTHING!!
That's right. If you're in search of the perfect Valentine's Day gift, look no further, because I'm about to point you in the direction of some dreamy books. Whether you gift a collection of e-books or wrap one special paperback up in pretty paper with a single red rose on top, you're bound to score BIG POINTS on Valentine's Day with these novels.

BOUND by C. K. Bryant
CLOCKWISE by Elle Strauss
CROSS MY HEART by Katie Klein
DESTINED by Jessie Harrell
EXILED by RaShelle Workman
GLIMPSE by Stacey Wallace Benefiel
HOW TO DATE AN ALIEN by Magan Vernon
THE SECRET OF SPRUCE KNOLL by Heather McCorkle
TANGLED TIDES by Karen Amanda Hooper

UNTRACEABLE by S.R. Johannes
THE VEIL by Cory Putman Oakes
WATCHED by Cindy Hogan
and...
IN HIS EYES, an anthology from The Indelibles, featuring love stories from the swoon-worthy guys from our novels arriving on V-Day! For those of you who read Tangled Tides, Treygan will be telling a short story of his side of things BEFORE the novel starts: The Qualm Before the Storm. And the best part? It's free!
What about you? Any great love story recommendations?