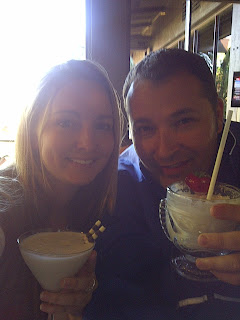 If you'd like to add Dangerous Depths on Goodreads, here's the link.
Posted by kah 17 comments:

One of my favorite parts about being an author is interacting with readers and other writers. When reviews of Grasping at Eternity started coming in, many readers were saying the same thing: Maryah was frustrating. People wanted to shake her.


The reoccurring comments made me smile because I can’t tell you how badly she frustrated me, and I’m her creator. (I mean that in a literary way, not a godly way.) I replied to a few reviewers (thanking them, of course, for their honest review). I told them I wished I could give out a snowglobe with every book. The snowglobe would have Maryah inside and it would be filled with stars. That way, whenever she frustrated them, they could shake their snowglobe and feel better.


A private joke blossomed to life. Many readers became part of the beloved snowglobe club. Somewhere along the line, I promised to work “snowglobe” into book 2 as a tribute to my readers. Maybe even more of an apology to them that Maryah was so...well, Maryah.


Many months later, the snowglobe scene is the opening of Taking Back Forever. It warmed my heart to write this scene. My readers were there in the room with me, in spirit, cheering me on as I wrote. The snowglobe theme evolved and even shows up in other parts of the book. To me, every time it’s mentioned, it’s magical. My readers have influenced and helped create parts of a story that is so near and dear to my heart. That makes those readers even nearer and dearer to my heart...then, now, and forever.


Yesterday, I reached out to those who expressed their love for Grasping at Eternity and asked for their help to get it under the 5k rank on Amazon. If we could achieve that goal (which seemed unattainable at the time) I promised to post the opening scene of Taking Back Forever. The snowglobe scene.


As always, they went above and beyond, and Grasping at Eternity reached #911 in the entire Kindle paid list, #45 on Fantasy & Futuristic, #39 in Paranormal Romance, and #1 in Metaphysical Fiction.


I’m am so blessed, honored, and grateful to have such supportive and giving fans. Seriously, words can’t express.


So, here it is. It still needs some work, but if you knew how much heart and soul has been poured into this one scene, if you could see the effervescence of all my treasured readers bubbling up between every line, then you would forgive any flaws. Because as frustrating as Maryah might be, my readers are making her a better and stronger person--and everyone, including the kindrily, and especially me, are eternally grateful.xoxo