It's beginning to look a lot like Christmas!
Check out this new holiday read from Lee Strauss.
Leave a comment to receive FREE books from Lee!
(Details below.)

Belle gets the best Christmas present ever, a man in uniform! Ian is a soldier home on leave. Neither of them have any idea how good it will feel to fall in love or how hard it will be to say good-bye.
Anna is spending the holidays alone again with only her faithful dog Angel to keep her company. She can’t afford to pay the rent and her landlord is threatening to kick her out. At least she’s finished with her chemo treatments. She can be thankful for that. Plus, there’s Rhys, the handsome visitor with kind eyes.
One fateful, cold and snowy night a chance encounter changes everything. Love is lost. Love is found. Life will never be the same.

This is truly a stand alone novella. You don't need to be familiar with any of the other stories in the series. It's a quick, feel-good read which is perfect for Christmas! - Melanie, Amazon Reviewer

This one will tug at your heart strings. - Aimee Brown, Amazon Reviewer

You can trust me when I say that it is not lacking in the emotions. Oh no! They are there. Sweet and sad all rolled into this surprising little novella.
5 Pulls At Your Heart Stars! - Mandy @ireadindie - Amazon reviewer

Haven't read the other books in the series? No problem!

Lee is giving away iBooks promo codes for Flesh & Bone and Heart & Soul (Sun & Moon is already free!) to everyone who asks for one in the comments!

Yes, THERE IS A SONG! Listen to the featured original Christmas song HERE!

The second book in my new, VIRTUAL ARCANA series is now available! 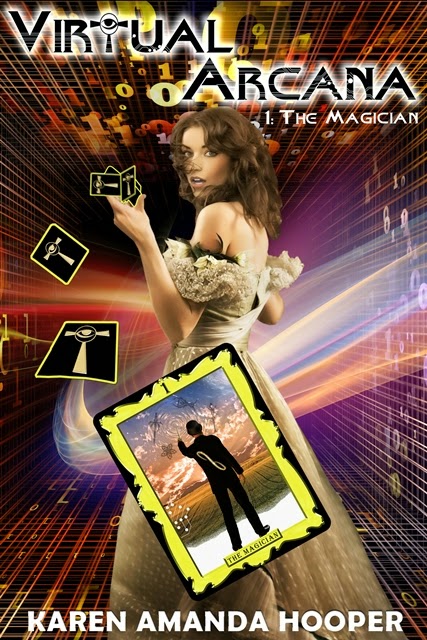 I'm giving away ebooks, and a grandprize of a signed copy of season 1 plus a custom VIRTUAL ARCANA, computer chip necklace.

Visit ONCE UPON A BOOK BLOG (my master blogger/VIP host)
to learn more about THE MAGICIAN--including a pic teaser and review--and enter both of my contests.
Posted by kah 4 comments:

Today, I'm releasing the first book in my new series, Virtual Arcana.
The Matrix meets The Notebook (with a sprinkle of The Giver).
Book 0: The Fool is FREE. 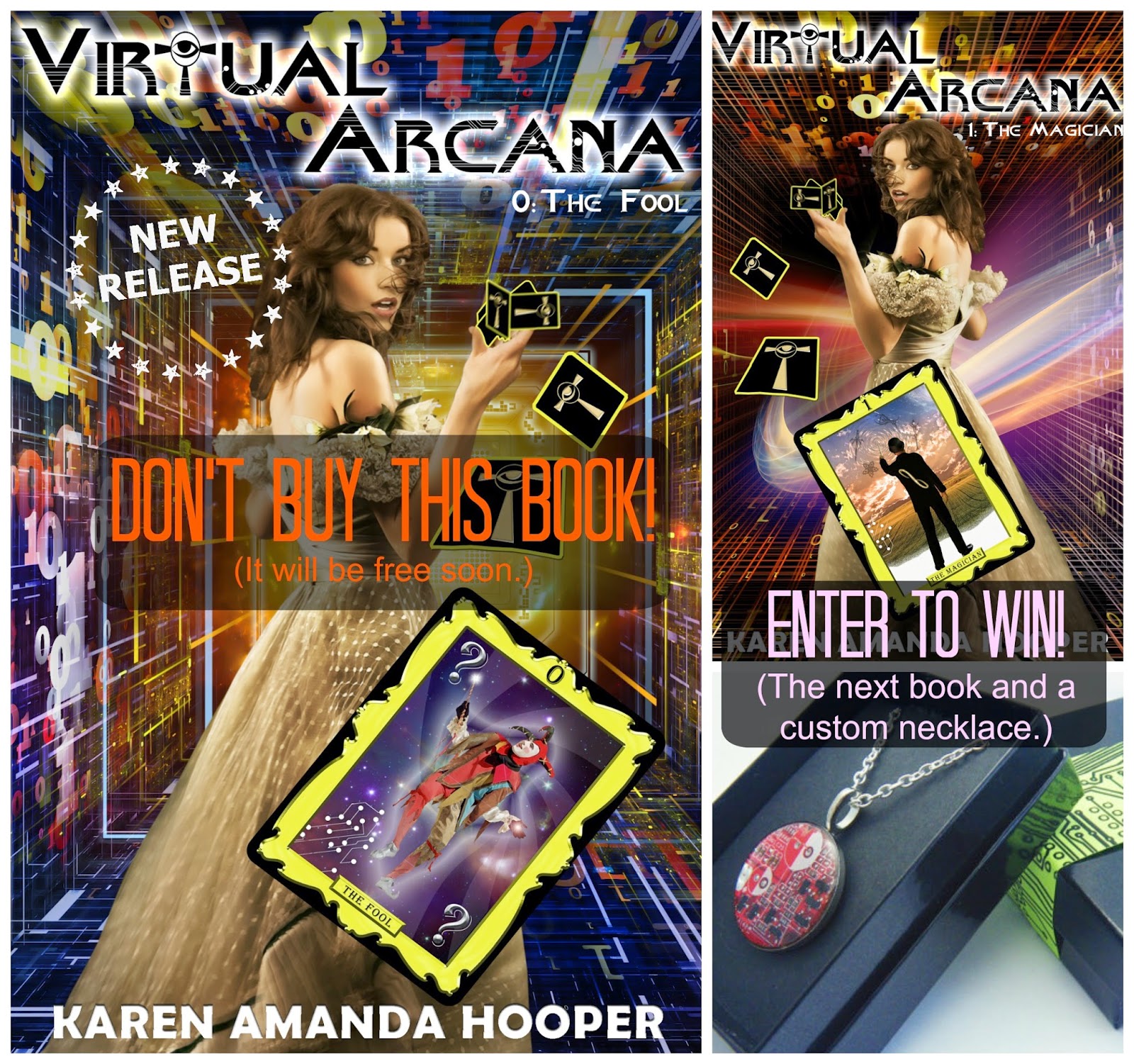 It is free on most retailers, so download your copy and give it a try.
(Even if you don't want to read it, you could still download it for free. It would help my rankings and earn you lots of good karma points. Don't we all need extra good karma points?)

Virtual Arcana will release serial style, meaning short episodes (averaging 15-20k) will be published frequently instead of waiting months or a year between each long novel.

Each episode will be named after one of the major arcana cards of a tarot deck.
Season 1- Episode List

0- The Fool
1-The Magician
2-The High Priestess
3-The Empress
4-The Emperor
5-The Hierophant
6- The Lovers
It’s an experiment for me as an author and for my readers. If Virtual Arcana develops a good following I’ll continue with season 2 and 3. That would mean 22 total episodes, one for each of the 22 major arcana tarot cards.
Summary of Virtual Arcana:

Add it on Goodreads
I realize some of my readers don’t/won’t care for episodic storytelling, so of course there will be the option to wait until the first season is complete and read all the episodes straight through as one full-length novel. But I wanted to offer my new series as a serial for those readers who dislike waiting so long to read more.
To celebrate, I'm giving away FOUR ebooks of the second episode: The Magician.
I'm also running a second GRAND giveaway that will be open until the last episode releases.
You can enter to win a signed copy of Season 1 (NOT an ebook, but the real kind with paper pages) AND a custom designed Virtual Arcana necklace.

Handcrafted by Amanda Preske of Circuit Breaker Labs.
(Photo is an example not the actual customized VA necklace.)