Want a good read for the weekend? Like soft sci-fi? Romance? Hot aliens? A female lead who ISN'T perfect but far from dull? I suggest HOW TO DATE AN ALIEN by Magan Vernon.

I read this book months ago, but I still occasionally have fond thoughts about Alex and Ace. I'm SO looking forward to book 2 of Magan's alien series, and I never thought I could think an alien was swoonworthy, but Ace is YUM-MEE. Here's the quick rundown: 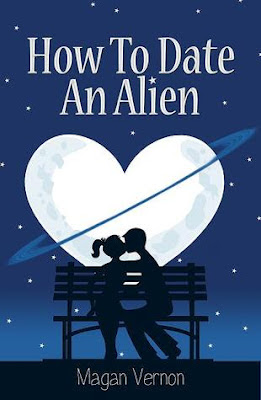 High school senior Alex Bianchi's estranged father gets her an internship at Circe Operations Center to pad her college applications. But Circe isn't your typical military base. It's an alien-run operation center and not all of the aliens are friendly, especially the one that tries to kill Alex on her first day. When Ace, a dark-eyed Caltian, enters and saves the day, she can't help but be drawn to him. Can these star-crossed lovers survive when they're on the brink of intergalactic war?

One of my favorite parts:


"Okay, my turn." He put his hands on both of my arm rests, leaning in so that his face was only a few inches from mine. He smelled like peppermint tea and the breeze after a snowstorm. It was the most wonderful thing I had ever smelled and I wanted to inhale all of him. "Do you," his eyes drew up, drinking me in before meeting my stare, "like me?"

Want to know how Alex responded to Ace? (the uber hot alien who is NOT green, or slimey, or has 6 arms.) You'll have to read the book to experience more of their intergalactic chemistry.

Buy it at Amazon
Add it on Goodreads
You can stalk Magan at http://www.maganvernon.com 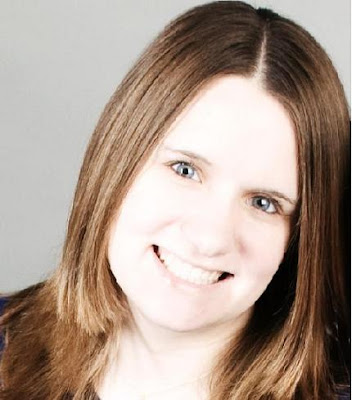 Self-proclaimed geek-to-glam poster child who channels her inner geek by writing science fiction for teens. Even though she slept with a night light until she was in middle school for fear of alien attacks. She now lives with her husband, daughter, and dog in central Illinois where she still sleeps with a night light...just in case.
Posted by kah