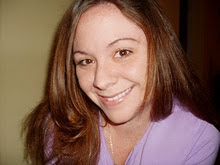 Today I'm hosting a super sweet author, Christy Trujillo. Her newest book, True North, released on October 1st and we're celebrating by giving away some fantastic prizes! To enter just leave a comment below and vote Land or Sea, and be sure to follow Christy's blog because she's beyond adorable.

Goodies up for grabs: eCopies of all of Christy's books (her entire Maldito series as well as True North) and a $15.00 gift card to Amazon or iTunes (winner's choice).

Now I'll turn it over to Christy...

Hi, everyone! First, I’d like to tell Karen thank you for allowing me to have some space in her world. I’ve actually been following her blog for a very long time and felt a kinship with her immediately. Not only because she’s a fellow Floridian, but also because when she described how she met her characters the first time as a Mack truck crashing through her wall and they began to step off, well, let’s just say I was relieved I wasn’t the only one.

I told Karen I would do a post on sea creatures vs. land creatures and which ones were better, but for the life of me I can’t seem to make a case for either side.

The ocean scares me. The waves are rough and I don’t like the taste of the salt water in my mouth, so when I dream, it’s on dry land. I write about vampires because they are the perfect metaphor for life in my opinion. Beings who are constantly fighting their animalistic nature to do the right thing, say the right thing. I write about shape shifters, because frankly I love animals and would give anything to be able to talk to them, be one with them, and know what they’re thinking.

Now, when I look at Karen’s cover, my heart soars. I want to feel the water splashing me from her hair and jump right in. The Little Mermaid is my favorite move of all time and when I watch dolphins jumping in the Saint John’s River, I think about swimming with them and how happy they must be. It’s one of earth’s last great, real-life mysteries, don’t you think? There are miles and miles of ocean that we’ve never laid eyes on, much less explored. Perhaps somewhere in their depths King Triton sooths the sea and another world waits patiently to be discovered.

Now, how can one possibly pick the better of those two? I sure can’t. I think most people who enjoy paranormal/fantasy stories would agree with me that getting lost in either world would prove to be a great adventure. Throughout my life I’ve been told to get my head out of the clouds many times. I get the reference; stop flying high above reality and walk on land, in the real world. I just want to shake them and ask, “Why?” Why would I want to live my entire life without a little cloud in my hair, or sea on my toes, as the case may be? That sounds…awful. And boring. And sad. We all have to go to work, and pay our bills, and follow all the rules. That’s being a grown-up. But what I absolutely refuse to be, is grownup.

Thanks for stopping by today and I hope to see you around on my side of the web. =)